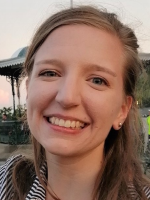 Jillian McWhinnie joined the Renewal Board in the spring of 2019. She completed her undergraduate degree at the University of Toronto (Mississauga) majoring in Biology and Psychology, and has since completed a Master‘s degree in Occupational Therapy. She currently works as a pediatric occupational therapist providing in-school and in-home care.

Jillian has always had an interest in theology, and loves to learn and study from God’s Word. ln particular, she is passionate about teaching and learning alongside youth and young adults about God and Scripture, and exploring with them what it means to follow Jesus in our current context. She is currently taking courses at Knox College in the Masters of Theological Studies program.

Despite apparent obstacles to Christianity in our present time, Jillian remains hopeful and sure in God and His ability to bring about renewal in His church. She believes that there is great potential for the discovery (or perhaps for some a re-discovery) of a vibrant, strong, and genuine faith, which. through Christ, has the power to transform lives and communities. 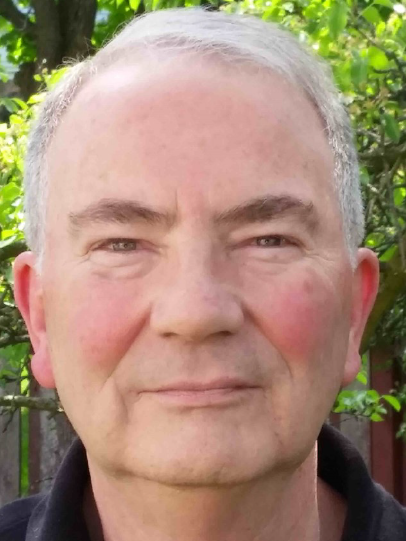 Don Bartlett has been an elder at Grace Church, Pickering Presbytery since 1998. He grew up in the Presbyterian Church, and it was at Grace through the ministry of Everett Briard that he gained a personal relationship with the Lord.
After completing his M.Sc. in Computer Science, Don worked at large companies where he managed information technology projects and teams from five to over 100 people. He retired in 2014.
Don is married to Elizabeth, who served for 17 years in the General Assembly office. Don has four daughters and five granddaughters. Music, particularly Scottish Country Dancing music and Christian music, has been Don’s lifelong hobby. At Grace he leads the choir and participates in a praise team. He renews his energy each summer at a cottage on Georgian Bay where he admires God’s great handiwork.
Don has joined the Renewal Fellowship Board because he has a passion to see our denomination stand firm in biblical faithfulness while bringing Scripture and grace together. 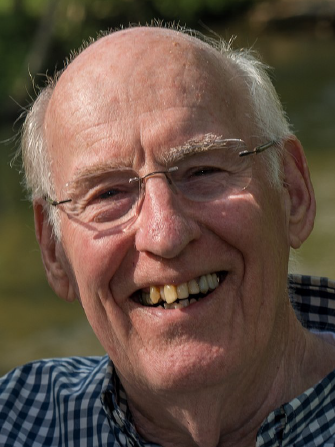 Rev. Stan Cox was born in Toronto’s Beaches area, but he grew up in Dundas where he finished Grade 13.
Post-secondary education included the Moody Bible Institute, University of Dubuque, Wheaton College Graduate School (Biblical Literature), University of Chicago Divinity School, and Princeton Theological Seminary.
He and Sharon have five children. Mark and Bill are deceased, while Kristen (Mark), Amy (Mark) and Jeff (Karoline) are all close to them.
After ordination in the United Church of Christ, and service in Chicago area congregations, they returned to Ontario to serve in United Churches at Simcoe and Paris. In all of their congregations, they were blessed with exceptionally strong youth ministries.
They served alongside developmentally challenged young adults for 15 years, then returned to local church ministry at Paris Presbyterian for 10 years. He also served for many years on the Board of Christian Horizons, including several terms as Board Chair.
After retirement from Paris Presbyterian, he served as Interim Moderator at St. Paul’s Simcoe twice, for a total of four years, and at Innerkip Presbyterian for seven years.
For several years, he served on the Renewal Fellowship Board, having a special relationship with Executive Directors Calvin Brown and Fred Stewart. 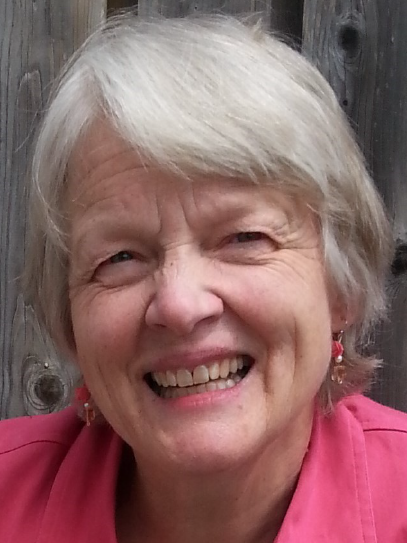 Diane Eaton’s passion for spiritual things was forged through the Reformed heritage of her Dutch immigrant family. Among them were church leaders and visionaries who were less inclined to be “pew warmers” than to “set fire under pews.” In her formative years theological discussion was natural, whether around the table with relatives or milking cows with her dad. This tradition, combined with the Spirit’s transformative work, forged Diane’s passion for God and His Church. In 2011 she received a Masters in Theological Studies at Knox College.
In her vision for spiritual renewal Diane sees non-clergy and clergy take greater personal responsibility for their spiritual maturation, with growth in scriptural awareness and in the gifts of grace. Diane sees church troubles as God’s refining fire, motivating individuals to re-evaluate their own beliefs, motives, and values, and to take their relationship with Christ more seriously. This can make the people of God a vibrant light in the culture.
Diane preaches in the Bruce/Grey/Maitland churches and writes devotionals for Presbycan. As a pianist, she continues her musical involvement in church and community. Sometimes she joins her husband and trumpeter, Tim, in musical venues. They have four grown children and three granddaughters and live in Paisley, Ontario. 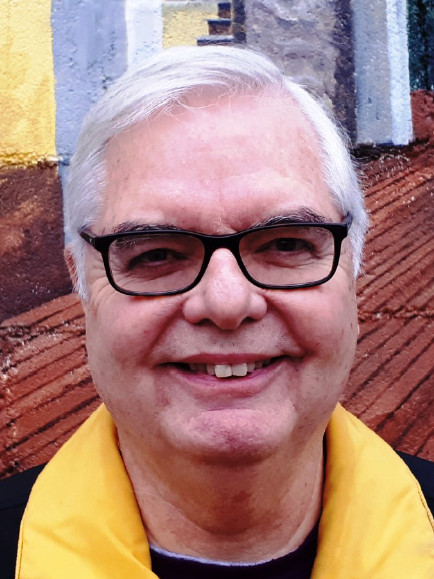 Bill Harrison was elected to be on the RF board in March 2018. A Presbyterian all his life in east-end Hamilton, Bill very early on was guided by his pastor Mariano DiGangi and influenced by Christian Endeavour, the first international inter-denominational youth ministry.
In his teens, he came to faith in Christ at a presbytery preaching mission in Stoney Creek with visiting speaker Ian Rennie. Involvement with Scouts Canada and Christian Service Brigade and Mission Services kept him in touch with youth while scores of home visits through Evangelism Explosion introduced him to opportunities to share his faith with many families with a goal “to do what is just, to show constant love, and to live in humble fellowship with our God” (Micah 6:8). After 30 years at Procter & Gamble in Hamilton, Bill was challenged in March 1998 at a RF Renewal Day to become their administrative assistant, a position he is retiring from in January 2019. As an elder at Cheyne PC, Stoney Creek for 35 years Bill has enjoyed leading worship at various seniors’ facilities.
Married to Lynda in 1967, Bill is now hoping to devote more time to their family — one daughter, two sons, and four grandchildren, and to travel. 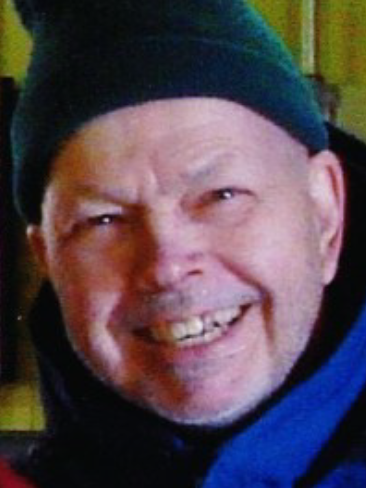 Don MacMillan was elected to be on the RF board in April 2017. He has been a Presbyterian most of his life, initially in Montreal and later Gloucester (Ottawa) and is currently a member of Parkwood Presbyterian Church in Ottawa (James Hurd is his pastor). In 1987, Don was ordained as a ruling elder at Grace Orleans. Since 1994, he has served on the Ottawa Presbytery, initially as rep elder for Grace and later as convener of the Presbytery Policy and Planning Committee.
In 2017, his wife Aija passed away suddenly. They had been married for almost 50 years. Says Don: “I miss her greatly as we were true partners in Christ.”
Don is a registered electrical engineer in Quebec and Ontario, graduating from McGill in 1967. In 2005, he enrolled at University Saint-Paul in Ottawa, where he studied Inter-Faith Dialogue and Theology, graduating in 2016. His main interest in the church is to model the Bereans from Acts 17.11. As Christians, it is our responsibility to discern all false doctrine in our midst and to test all things. 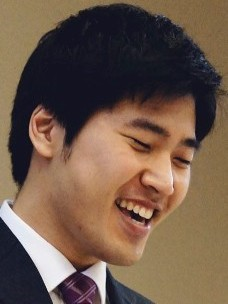 Rev. John Park came to Canada in the year 1998 with his family. He then went to London to study Medical Biophysics at The University of Western Ontario.
In his last year, he sensed God’s calling and went to Knox College for M. Div. He graduated in the year 2011 and became ordained and inducted at Oakridge Presbyterian Church as an Associate Minister.
In the following year, he was married to Grace, and now they have two children, Leo and Esther. His ministry at OPC focused on teaching, youth, Alpha and a contemporary worship service.
Rev. John recently stepped down from OPC to pursue a new vision God has given him for the east of London and broader. He also recently became an ambassador for Compassion Canada.
He shares his journey on his blog. He is excited to join Renewal Fellowship and see God working for His kingdom in the PCC. 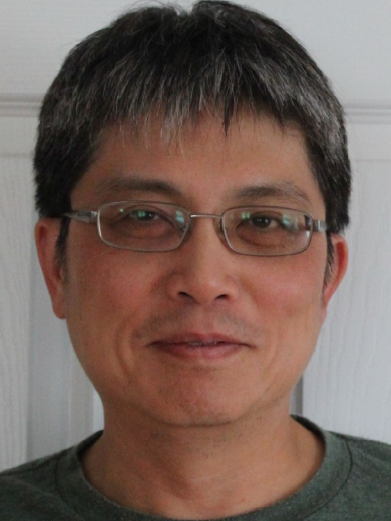 Leslie Ruo was first drawn to God’s Word by the TEV New Testament he received from the Canadian Bible Society when he became a Canadian citizen. He was first introduced to Jesus at Duggan Elementary by his Grade 5 music teacher, Mr. Klaudt. In Grade 10, his English teacher, Ms. Rees, kindled his interest in the Bible when she noted that the Bible is the foundation of Western literature. This prompted him to buy his first complete NIV Bible. He finally became a Christian in 1992 during graduate studies.
Leslie teaches science and computer science at Aden Bowman Collegiate and Evan Hardy Collegiate in Saskatoon SK. He worships at St. Andrew’s where he is the IT convenor, on the Stewardship Committee, a board member and formerly an elder.
He is married to Eden Yen and they have two sons, Samuel (age 15) and Elisha (age 11).
In 2014, RF Executive Director Fred Stewart encouraged him to read The Reason for God which was his first serious encounter with apologetics. 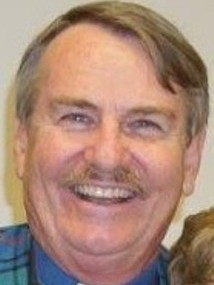 Rev. Ian Shaw sees providence as a dominant theme in his own faith journey. Through the clarity of hindsight, many significant life-altering happenings, which seemed minor at the moment, have turned out to be grace-infused gifts. One of those, the 1969 Toronto-Kingston PYPS Thanksgiving Convention ushered him into joys of life within The PCC. Who knew? Ian didn’t. Sometimes, those joys have seemed more solemn [a la Principal Glen] than life-enriching, but God is more than faithful.
Ian has had the joy of serving in many capacities in congregational life as a layperson, and since 1982 as a minister of Word and Sacrament. The majority of this latter ministry was spent on the prairies. Three years ago, he retired from St. Paul’s, Simcoe ON, which remains his home congregation. Between the prairies and St. Paul’s, Ian was appointed as missionary serving in Guyana for three years.
Ian is married to Linda [nee Kreklewetz] and they have three adult children: Kendra, Michael, and Kris, plus one grandson Gavin. Throughout his faith journey, Ian has sought to partner with the Holy Spirit in the pursuit of spiritual renewal – personal, congregational, and denominational.

Friday, May 29, 2020 - Pray for the plans and the people working on a new initiative for a multi-age worship experience at Norman Kennedy Presbyterian Church, Regina, Saskatchewan. Worship will include short video clips, discussion time, contemporary music, and the sharing of many gifts and talents.